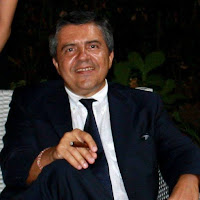 Dr Massimiliano A. Polichetti (M.A. in History of Indian and Central Asian Art - Ph.D. in History of Tibetan Art): since 1980 he has been holding lectures on the History of Art and Philosophy of Religions; from 1988 to 1990 he was Researcher at the Jawaharlal Nehru University in New Delhi; in 1992 he was entrusted by the Italian Ministry for Culture to give lectures on Comparative History of Art in India; he has written monographys and many papers and essays on specialized magazines, collaborating for several scientific exhibitions; he has been the Guest Editor for the volume on Tibetan Arts of The Tibet Journal, Director of the work in six volumes Il Buddha, as well as co-curator of Visibilia invisibilium – Non invasive analyses on Tibetan paintings from the Tucci’s expeditions; he carried out the joined Research Project, approved by the Government of India, between the National Museum of Oriental Art and Italian Universities in north-eastern Himachal Pradesh (part of the Western Himalaya, the region studied by Giuseppe Tucci). He is a Public Servant, working as Officer Historian of Oriental Art for the Italian Ministry for Culture in the National Museum of Oriental Art ‘Giuseppe Tucci’ (MNAO) in Rome - of which was Director from november 5th 2015 till august 31st 2016 - for which is Curator in the Central, Southern and South Eastern Asia Department for the Indian, Tibetan and Nepalese sections. From September 2016 the MNAO, as Museum of Oriental Art 'Giuseppe Tucci', is part of the Museum of Civilizations .


1.
Role played by the National Museum of Oriental Art in the protection, study and conservation of works of Himalayan art.

The Tibetan and Nepalese Sections of the National Museum of Oriental Art are closely related to the history of the Italian scientific researches in Asia through the life and the work of Giuseppe Tucci (1894-1984) himself.

The exhibition of the pieces, due to the fragility of the paintings, is planned on a rotation basis. The rare fragments of wall paintings are currently almost all on display. The Sections have been actually recently increased through purchases and gifts, making it necessary to plan the enlargement of the collections’ display Areas. The Nepalese Section features some wood carvings of recent acquisition; they are shown together with a part of the sculptures just owned by the Museum.

The Himalayan collections of the Museum are mainly constituted of paintings on clothes (thangka), statues in metallic alloys, votive cretulae (tsatsa), wall paintings, furnishings and ritual objects, in addition to jewellery, architectural wooden elements and components of furniture.

The National Museum of Oriental Art in Rome possesses a large collection of Tibetan thangka, mostly collected by Giuseppe Tucci during his expeditions across the Himalayan areas.

The paintings on clothes account for one of the world’s most important collections of Tibetan art. Among these are some works whose painted surfaces were restored in the Museum’s laboratory and whose cloth frames made of precious silk brocades were treated in a laboratory at the Pitti Palace (Florence). The restoration project has given very interesting results and is near to its completion.

Helping exploited countries like Tibet to maintain and preserve their cultural heritage is decidedly complex and not susceptible to easy answers. Assuming that the international trade in antiquities cannot be stopped merely by regulations prohibiting their exportation, a more wide approach is needed. One factual goal should be to establish some degree of control over what leaves the Himalayan countries and to get archaeology and history of art scholars into that areas to work on the sites without restrictions.

2.
Field researches in Western Himalaya on the footsteps of Giuseppe Tucci

In the prosecution of the scientific explorations of the great Italian Tibetologist, field researches approved by the Government of India (Ministry of Human Resource Development) in Northern Indian Himalayan areas, also known as Western Tibetan territories, like Kinnaur, Spiti, Lahul (Himachal Pradesh), Ladakh and Zangskar (Jammu and Kashmir) were carried out by the Museum in collaboration with Genoa and Rome Universities. A part of the results was published, but still remain wide space to deeper examine.

The Research Project, entitled Genesis, irradiation and development of the Indo-Tibetan style in the Art and Architecture of the Buddhist temples of Western Himalaya during the X-XIV centuries, is a subject of major importance for the Museum. In fact the National Museum of Oriental Art preserves a great collection of Tibetan art consisting mainly of art treasures gathered by the famed Italian scholar.

The outcomes of the survey were a first hand photographic documentation of the Buddhist temples, stupa and monasteries in Western Himalaya, together with a scientific report partially published in several papers. 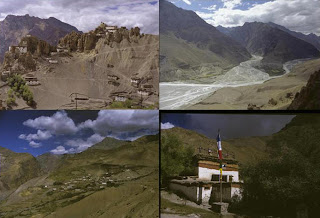 The scientific study of the Tibetan artistic and architectural production, including the monuments of Western Tibet, is born at the beginning of the twentieth century. After the pioneering works on Western Himalayas by H. Francke (1905) and the new and original researches carried on by G. Tucci since 1929, the war vicissitudes have prevented the field researches until the years '70 of the twentieth century.

But still remain wide fields to deeper examine: from the location to the catalogue and the study of other monuments belonging to X-XIV centuries in Western Himalayas; for a more punctual definition of the Indo-Tibetan style, its local variations on the theme and the capacity of its dissemination in other areas of Tibetan culture.

In the last decade, a large number of the Tibetan thangka in MNAO from the Tucci’s expeditions have been restored, and investigated by non-destructive analyses (radiograph, X-ray fluorescence, infrared reflectography, colorimetry). The use of only non-destructive techniques of analysis was evidently due to conservative reasons.

The possibility to possess an infrared reflectography with a complete map of the alphabetical characters used as indication for the colours and the knowledge of the composition of the palette through the X-ray fluorescence analysis of the pigments, help to focalise and understand the phases and the mechanism of the concept and the execution of a thangka.


Last but not least, the Tibetan and Nepalese Sections of the National Museum of Oriental Art find needful complement in the hundreds of Tibetan texts gathered by Tucci and kept in the library of IsIAO, beside the photographic archive, lodged by the Museum, concerning the famed expeditions in the Tibetan area.

The materials and the data collected in these Sections of the MNAO, together with the other institutional activities, so precious under the point of view of scientific documentation and cultural divulgation as well, make Rome one of the ‘natural’ scientific stakeholders for the Central Asian studies, confirming the role of Italy as an important player in the international studies and researches regarding Himalaya, the ‘Roof of the World’.

It is also an important tool for the management of sites and historic collections as well as a tool for risk assessment and management. ”

(from the Organizing Committee of WATCH, VI International Conference on Science and Technology in Archaeology and Conservation, MNAO, Rome 9 – 13 December 2008)